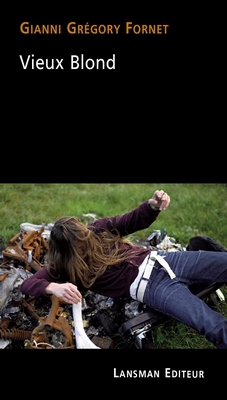 All languages.
Description :
Twenty years after his death, Kurt Cobain, the eternal lead singer of the punk rock band Nirvana, wakes up in a campsite on a farm surrounded by three young musicians who hope to see him perform again. On the way to the campsite, a man thinks back to his nineties. He thinks back to his band of friends, whose party-goers, geniuses and also the most unwell have left, died or gone into exile. Like a road movie, Vieux Blond is a sober and funny introspection about a vanished youth. A political fresco that contains the seeds of the origins of contemporary anger and violence. The publication of this text was supported by the Centre National du Livre (CNL). Born in 1976 in Bordeaux, Gianni Grégory Fornet began his artistic career with poetry and music before devoting himself to playwriting from 2000. He is now an author and director, and also develops projects with and for young people. Vieux Blond is his first text published by Lansman.