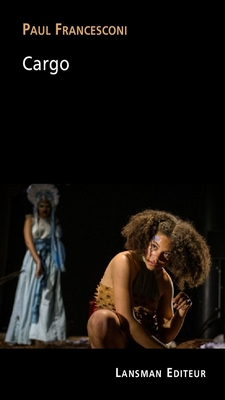 All languages.
Description :
On the edge of a dirt track, Eli scans the sky; like all those on her island, she hopes for the arrival of a great flying boat, the Cargo. It is said that the ancestors of the land of the dead are on board and that sooner or later they will bring back food, joy, secrets and, above all, weapons to free themselves from the presence of foreign invaders. But who really believes in this anymore? On the island, faith is waning. Only Eli continues to keep the trail alive amidst arguments and doubts. One day, however, a huge ship lands, driven by a strange couple whose language no one understands. Are they the expected ancestors? Do they bring the liberation this island has been hoping for? Will Eli be able to welcome them? The play was a finalist for the 9th and last Prix des Inédits d'Afrique et Outremer (High School Prize for French-language Dramatic Literature). Paul Francesconi is originally from La Réunion. He directs the Compagnie Soleil Glacé (Limoges) with which he stages his own texts. Cargo is his fifth play published by Lansman.