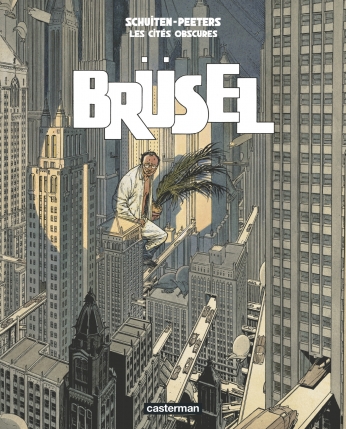 All languages.
Description :
Constant Abeels is a florist and a modern man. He has just chosen to convert to plastic flowers, using this new material with a bright future. Thanks to an encounter with a famous researcher, his open-mindedness allows him to be introduced to all of Brüsel?s great minds: a daring mayor, a visionary public works contractor and a few enterprising scientists. They all have grandiose plans for the city, plans that would make it the capital of the Obscure Cities. But is reason really compatible with modernity, and vice-versa? And is being ridiculous really allowed? Crazy machines, scientists babbling deliriously, stark raving mad urbanists? Gently mocking the capital that inspired them, Schuiten and Peeters wrote the most sarcastic and the funniest episode of the Obscure Cities.