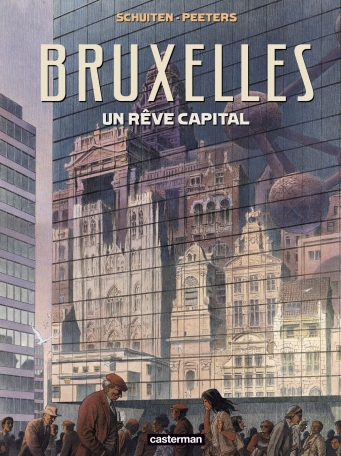 All languages.
Description :
Schuiten and Peeters show us the city from an historical, architectural and oneiric point of view, as if in response to the album Brüsel, the fifth volume of the mythical Obscure Cities. "Ah, I wish I could see what lies beneath Brussels? surface!" Benoit Peeters and François Schuiten have taken Octave Mirbeau?s words to shed light on a few mysteries about the city. Brussels have been turned upside down by history, as the whole of Belgium, that finally achieved independence in 1830. The capital has kept on opening itself to the world ever since, housing some remarkable buildings such as the imposing Palais de Justice, Victor Horta?s houses or the Royal Galleries Saint-Hubert. Through this beautiful book, Schuiten and Peters invite us for a stroll to (re)visit a city of many charms that has always resonated in their work.