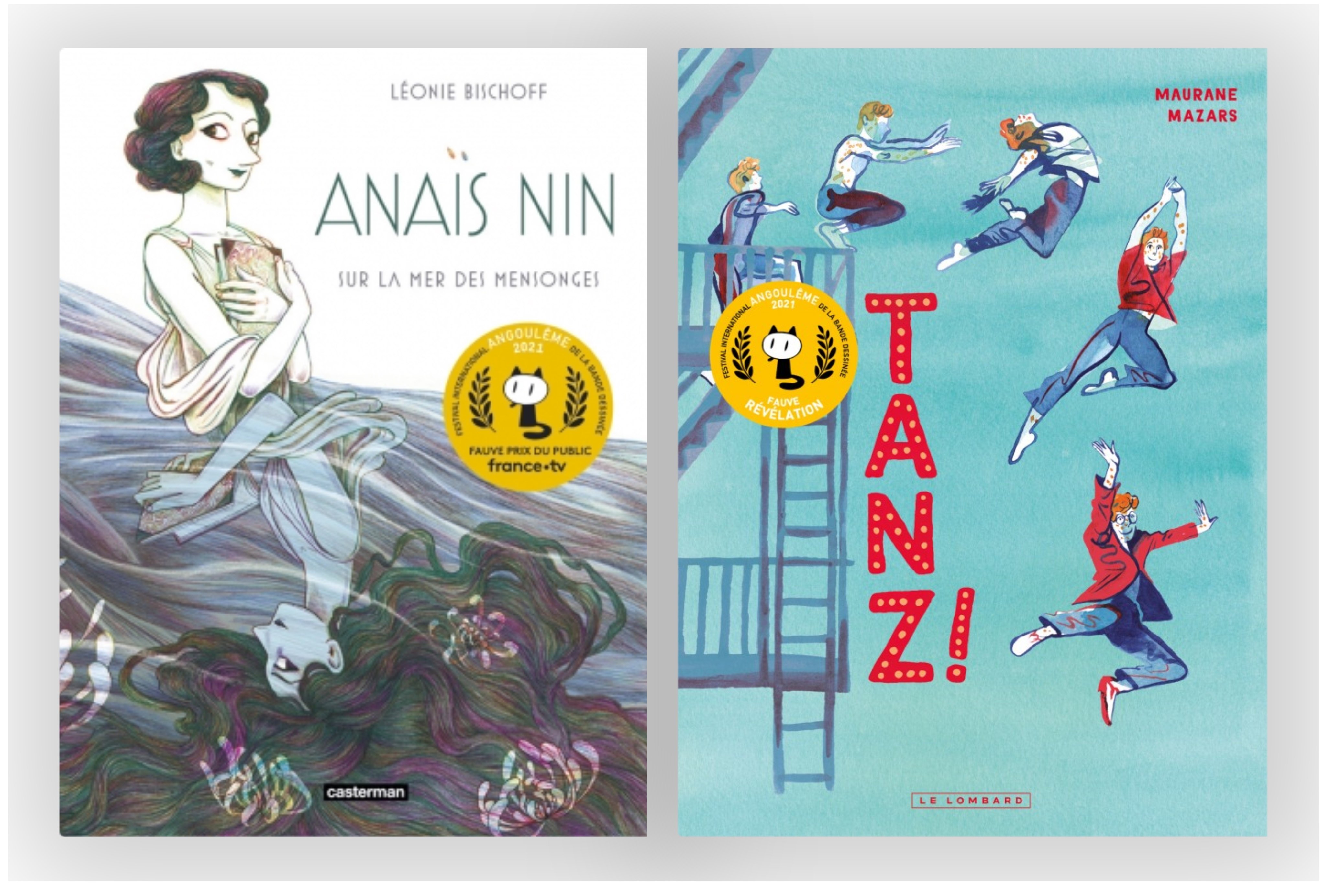 Prix du public France Télévisions : is hailed "Anaïs Nin, sur la mer des mensonges" by Léonie Bischoff (Casterman). Anaïs Nin is one of the most fascinating personalities of the twentieth century. By diving into her works, her diary and her correspondence with Henri Miller, Léonie Bischoff draws freely from the sensuality of this intimate and literary material.

Prix Revelation : is awarded to the album of an author at the beginning of the course. It's "Tanz!" by Maurane Mazars (Le Lombard) who wins. Through the journey of Uli, a German dancer who settles in New York to satisfy his passion for musical comedy, Tanz! evokes the America of the 1950s in the throes of cultural and social upheaval.